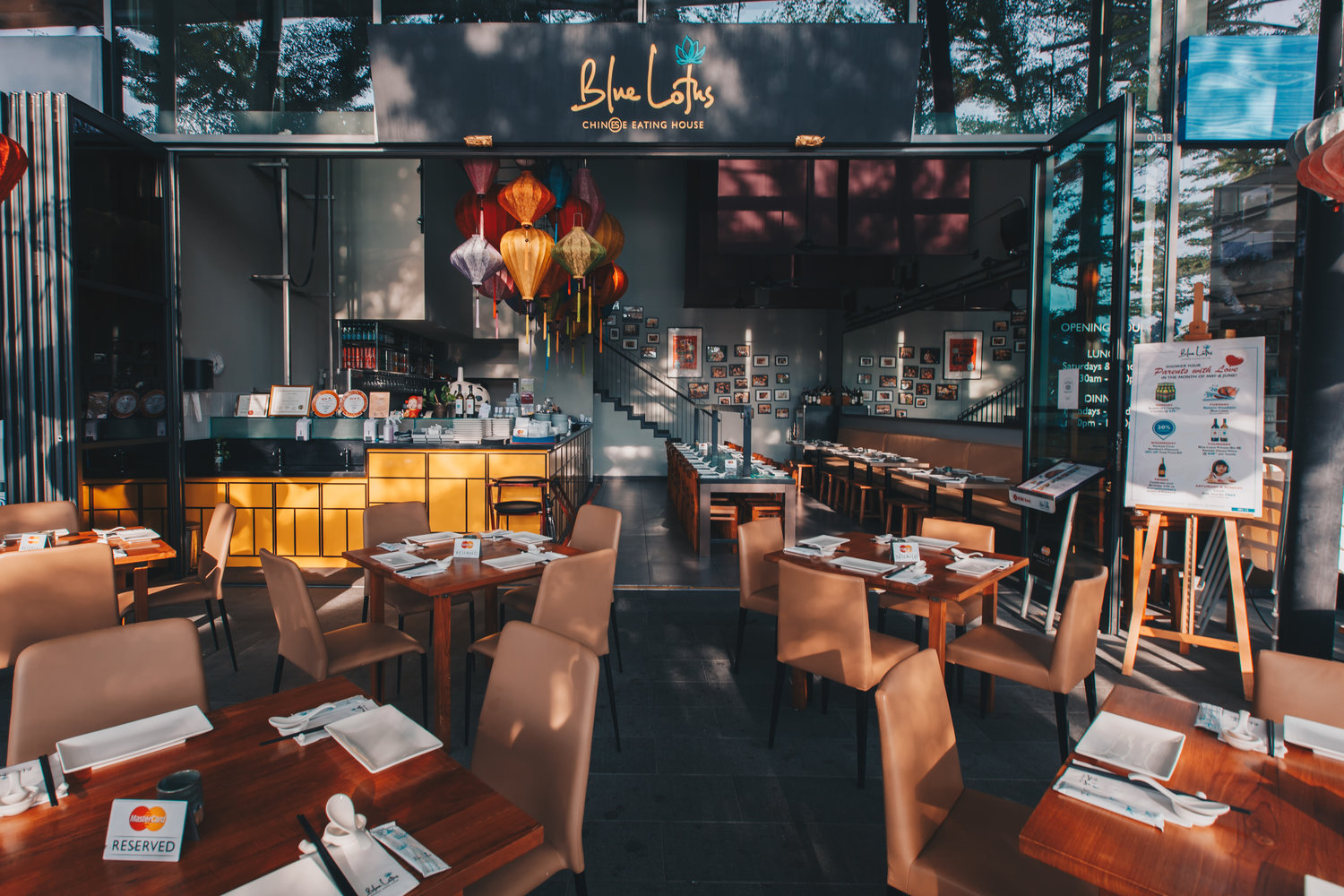 Blue Lotus Chinese Eating House is located at the idyllic Quayside Isle in Sentosa Cove. It is currently the only Chinese outlet amongst the mix of predominantly western cuisine available at the enclave.

Much pride is put into the idea of intergrating Chinese traditional cooking with the Josper Oven, a modern piece of equipment invented to cook food at high temperatures of 350 degrees. Using Japanese charcoal, the Josper Oven infuses flavours of firewood with the food while the high temperatures “seals” the essence of each taste to retain the juiciness of the meats. The end result is a perfectly textured dish which showcases the notion that Chinese food can be prepared using western methods of pan-searing, baking & grilling instead of using only the big black wok!