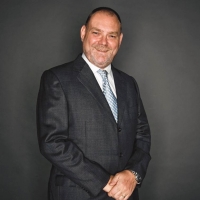 Peter A. Knipp, founder and CEO of Peter Knipp Holdings Pte Ltd (PKH) and Foodservice Consultants Singapore (FSCS) Pte Ltd, is a chef-turned-entrepreneur who has made significant contributions to the food and beverage industry in Asia. He introduced the World Gourmet Summit (WGS) to Singapore in 1997 which has since grown into one of the most widely-anticipated culinary events in the country and in the region. He later launched the WGS Awards of Excellence (AOE) in 2001, which recognises players in the F&B industry and encourages them to excel at their craft and service, and is now seen as the leading platform in the Asia F&B awards platform.

A man who has never shied away from hard work, at age 17, Mr Knipp started working as a chef’s apprentice at the Hilton Hotel, Berlin in 1971, and has since achieved many great milestones, working his way up the ranks as a Commis des Cuisine in Germany, Switzerland, and Canada before returning to the Berlin Hilton International to become a Demi Chef. His sense of adventure in culinary taste led him to travel across countries, educating himself on cuisine in vastly different places, such as Malaysia, Australia, Indonesia and the United States.

He first came to Singapore in 1982 serving as Sous Chef for the Singapore Hilton International, leaving to serve as Executive chef in Taipei, Shanghai, and Bangkok before returning back to Singapore to work as the Opening Executive Chef at the Raffles Hotel in 1991. This would prove to be the beginning of a long-lasting legacy in the Singapore culinary circles: He would spend 5 years as planning and developing all the affiliated hotel culinary departments before becoming the Group Executive Chef of Raffles Hotel in 1996. He would author a culinary cookbook associated with the Raffles brand before leaving to found Peter Knipp Holdings Pte Ltd, which offers a range of services in the F&B and hospitality industry.

Peter Knipp Holdings Pte Ltd currently consists of Foodservice Consultants Singapore Pte Ltd which offers F&B consultancy, concept development and kitchen design consultancy services; and its subsidiary, Food2print Asia which publishes the bimonthly Cuisine & Wine Asia magazine, providing marketing communication consultancy services to its F&B partners. The company also organises the renowned World Gourmet Summit in Singapore, which has proved so popular that the Abu Dhabi Tourism Authority (ADTA) decided to fashion a Middle-Eastern version of the momentous event. Known as Gourmet Abu Dhabi, Peter Knipp Holdings Pte Ltd was then appointed as the event organiser since its inception in 2009, continuing to be held annually and soon to enjoy it’s 10th edition in 2019.

Mr Knipp’s tremendous contributions to the gastronomy scene in Asia has ran up a list of accolades both in Singapore and internationally. As a chef, he has managed to rack up accolades that prove his culinary skill and creativity, and this has led him to act as culinary advisor to national teams in competitions, and as a jury member in multiple culinary salons and panels. As the head of Peter Knipp Holdings, he has led the company to achieve awards such as the Tourism Awards Singapore 2001, as well as an Honorary Lifetime Membership to the World Association of Chef’s Societies. The company has also been awarded certain awards multiple times due to consistent performance and dedication, such as Special Events Platinum Awards for Jointly Organising the World Gourmet Summit, as well as the Special Events Platinum Awards for the Contribution to the Community Chest Charity Drive.

He has also been invited to speak and present at various events to inspire different generations of F&B professionals, ranging from topics such as IT’s inclusion in the culinary and hospitality industry, to the journey of the entrepreneur in this coming age. Mr Knipp had previously won while representing Singapore in various competitions. As a young chef, Mr Knipp has also prepared meals for various royal dignitaries such as His Majesty, the King of Thailand; former Prime Minister of Singapore, Lee Kwan Yew; and King of Malaysia. As a pioneer in the industry, Mr Knipp has also judged various competitions, and up till today, he continues to inspire, lead and shape the generations of culinarians and F&B professionals in the industry.