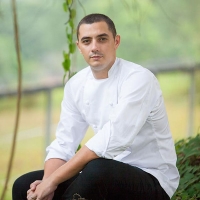 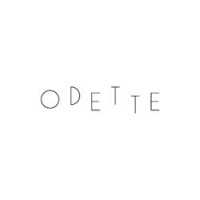 Chef Julien Royer is an award-winning chef, and the co-owner of Odette, a Modern French restaurant located at National Art Gallery in Singapore.

Named in tribute to his grandmother, Odette pays homage to her as one of his greatest influences in life and in the kitchen. Chef Julien’s passion for cooking was ignited through his family’s abundant love for food. To his grandmother, cooking was the ultimate expression of love for her family and this was conveyed through even the simplest dishes. Similarly Odette celebrates the fond memories and nostalgia that is often associated with food. Julien hopes for Odette to be an extension of his grandmother’s kitchen, to offer the warm comfort of home that celebrates communal eating within a timeless setting.

Prior to establishing Odette, Julien won over diners and critics globally during his four-year tenure at JAAN at Swissotel the Stamford, Singapore. The fine dining restaurant received numerous accolades under his leadership, including 11th place on the Asia’s 50 Best Restaurants 2015 and 74th on the World’s 50 Best Restaurants 2015 long list, which ranks the 51st-100th top restaurants globally. Chef Julien was also named Chef of the Year at the World Gourmet Series Awards of Excellence 2014.

Chef Julien’s first venture into the kitchen under the legendary Michel Bras in Laguiole instilled in him a respect for the integrity of each ingredient and commitment to showcasing brilliant flavours in their own right. He then moved to Durtol in the heart of Auvergne, where he began working for Chef Bernard Andrieux who had a profound influence on Julien. The chefs there reinforced the beliefs which his upbringing had instilled in him. Growing up on a farm in Cantal, he learnt very early in life to understand the importance of respecting the purity of ingredients in every dish. Following his time with Chef Bernard Andrieux, his culinary career took him from the French West Indies to London, where he was sous chef to Antonin Bonnet at the Michelin-starred Mayfair restaurant, The Greenhouse. He then moved to Singapore, where he has resided since 2011.