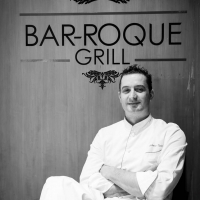 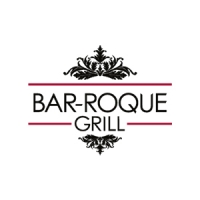 Born in Alsace, France, Chef Stephane Istel is a man fiercely loyal to his origins, yet seeking and adventurous in spirit. Chef Stephane’s long and peripatetic career accounts for this. It has taken him across France’s culinary landscape to Savoie and the Côte d’Azur, and internationally to the Caribbean, New York and Vancouver, before finally to Singapore.

Learning to cook at age 15 in his native Alsace, and little aware of the amazing journey before him, the voluble, affable Frenchman comes across as someone very much in love with his craft – and life.

In his 20s, Chef Stephane worked with Michel Royer in his restaurants from St Tropez on the Riviera to St Martin in the Caribbean. It was these early seaside sojourns and the 5 years he spent working for the man he credits as his first mentor – the “Maitre Cuisinier de France” Michel Royer – that sharpened his gustatory instincts, especially towards seafood, and put him on the gastronomic fast track. “It awakened my hunger for life and success,” says Chef Stephane.

There would be one last stop before Chef Stephane left France. A brief stint at the l’Auberge de l’Eridan of Marc Veyrat would be Chef Stephane’s first experience working for a member of the prestigious Relais & Châteaux association and a Michelin-starred restaurant.

All through his years in France, Chef Stephane had honed his skills and mastered the craft of butchering and producing charcuterie.

Now, he was ready to leave his home country and head for North America and the restaurants of Daniel Boulud.

Chef Stephane was appointed lead Sous-Chef at Daniel Boulud’s DB Bistro Moderne in New York in 2004, and later Chef for Boulud’s Feast & Fêtes Catering, working in each position for 18 months. During these three years in New York, Chef Stephane absorbed the principles of Daniel Boulud’s famous ingredient- and seasonality-driven cuisine, along with the expertise to create it. “It was here that I also learned to use and adapt new ingredients,” explained Chef Stephane. “Something that was very useful when I went to Asia.”

His next move was to Canada where he headed the opening of Daniel Boulud’s DB Bistro Moderne in Vancouver in December 2008, and remained its Executive Chef until 2010. Chef Stephane’s undeniable talent and passion had clearly earned the confidence of Daniel Boulud.
So when the coveted position of Executive Chef at Boulud’s newest DB Bistro Moderne -- at the Marina Bay Sands Resort -- needed to be filled, Chef Stephane found himself in Singapore for the first time in his life.

Now, after a remarkable international career, including more than 8 years withDaniel Boulud, Chef Stephane embarks on a new chapter of his life. June 2013 sees the opening of his own restaurant, Bar-Roque Grill, at the Amara Hotel in Singapore.

Chef Stephane says the restaurant will celebrate good food and “the pleasures of being together”. As he declares in his infectiously life-affirming manner, “That’s what cooking and eating is to me; a welcome!”