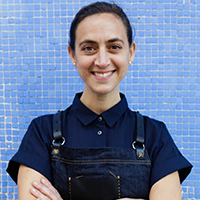 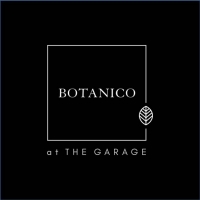 Chef Soledad Nardelli is a leading representative of modern gastronomy renaissance. Having trained in Argentina, France and Spain, she was named “Chef of the Future” in 2009 by the International Academy of Gastronomy and is recognized by the Argentine government as “Marca País Argentina”,  which translates into her holding the status of Ambassador of Argentine Cuisine to the world.

Acclaimed abroad and at home, she has played host to the likes of Ferran Adrià, Martín Berasategui and Anthony Bourdain, while leading her own TV program on Gourmet.tv channel, which airs throughout Latin America following Soledad in her travels around Argentina while showcasing each regions' local produce, food and culture. Under her direction as Executive Chef, Argentinian restaurant Chila, in the City of Buenos Aires, was the only restaurant led by a female chef within Latin America’s 50 Best Restaurants 2015 list.

Soledad is currently the Executive Chef of Tapiz Winery’s Club Tapiz Hotel and Restaurant in Mendoza (Argentina) which supports a 100% sustainable philosophy. She is also consultant to distinguished restaurants in Argentina and Spain, as well as the co-organizer of several Gastronomy Festivals around the world, such as Comilona Nomad Food Festival, Madrid Fusion, Málaga Gastronomy Festival, among others.

Nardelli’s strength lies in her outstanding use of local produce, celebrating the vast and varied regions of Argentina through stridently contemporary cuisine based around local produce from small suppliers. 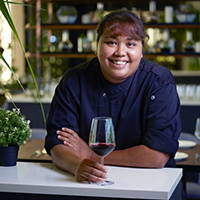