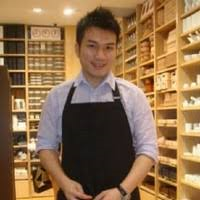 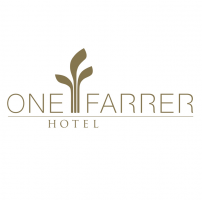 If life panned out the way Chef Marcus had planned, he might not have been the well-loved chef he is today.
Now as an Executive Chef, he finds new challenges and peaks to overcome and surmount daily in his career; from dealing with diners’ and reviewers’ feedbacks and comments to understanding guests’
preferences and restrictions and working within budget but out of the box for creative and quality menus for the hotel’s offerings. Although he is now less hands-on in the kitchen and more desk-bound
in the office, he sees this as an evolvement and rise of his career and this nomination has encouraged him to pick up new skills, both tangible and intangible so that the ultimate goal of
pleasing the diner’s palate can be achieved.

Amongst his list of credentials and achievements are the perennial favourites he had created for One Farrer Hotel, like the hotel’s signature Laksa and Hainanese Chicken Rice. He had also led the One
Farrer team at the Singapore F1 Paddock Club in 2019 to great reception from the crowds. And even though he is so busy with work, he still found the time to mentor the inmates in the Changi Prison
during his days off work.

Armed with his diploma in Computer Engineering, he came to Singapore in search of a job in the IT industry in 2003. The year SARS hit our shores and affected many industries and jobs. This almost
put an end to his job stint in Singapore until he decided to take up part-time jobs in the service industry while waiting and bidding his time to continue his job search here. Inspired by his love for food and eating, he ventured into the forefront of the service industry as a wait staff and slowly nurtured and cultivated his cooking skills thanks to the many mentors he had
met along the way throughout his career.

Today, despite having started without any background or knowledge in the kitchen, he had worked his way up the ranks in the kitchen through the years and understands not only the fundamentals
and importance of food, but also the connections and relationships that it can create amongst people of different cultures and backgrounds. As someone who really loves food, he does not simply
go through the motions of cooking but really uses all his senses to create and bring out the best in each and every dish that he prepares and cooks so the diner can enjoy with gusto and heart; as he
believes, “Culinary is an Art”.