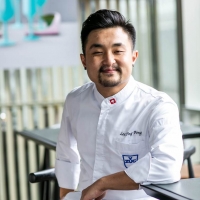 Chef Lee Jing Peng ventured into the world of culinary in 2013 as a Commis Cook with Tippling Club, where he honed his skills as a culinary chef. After a year and a half of training under the mentorship of Chef Ryan Clift, he went on to join two-Michelin-star restaurant, Les Amis as a Pastry Cook, and thereafter at three-Michelin-star restaurant, Joël Robuchon as Demi Chef de Partie in Singapore.

In 2016, Chef Lee returned to Tippling Club as Chef de Partie, and rose through the ranks to take on the role of Junior Sous Chef and subsequently as Sous Chef within a span of two years.

Having being trained under award-winning Chef Ryan Clift, he has travelled to multiple destinations such as New Zealand, Hong Kong, and Milan for various culinary events, where he was exposed to new culinary ideas and inspirations.

He enjoys spending his time off from the kitchen playing a game of football and Playstation, and regards Chinese, Indian and Japanese food as among his favourite cuisines. 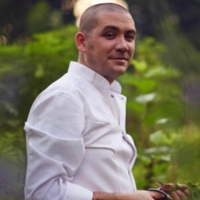 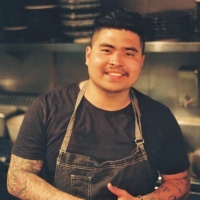