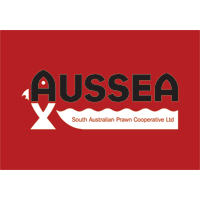 Commercial prawn catches first landed in the Spencer Gulf in late 1967, and the species “Western King” (Merlicertus latisulcatus) has become known as the most preferred king prawn in Australia. The quality is unsurpassed due to taste, texture, and its glistening appearance, almost certainly the best eating prawn in the world.

A new generation of fishermen has evolved employing a combination of decades of experience with the latest technology available. This change of guard has resulted in the amalgamation of almost half of the Spencer Gulf prawn licence holders to collectively market their catch under the “AUSSEA” brand, which is 100% owned by the fishermen and their families.

The AUSSEA fishermen have a long history of professional fishing in their blood, including many pioneers in various South Australian fisheries. Today AUSSEA leads the way in the South Australian prawn industry with admiration from peers and consumers alike.