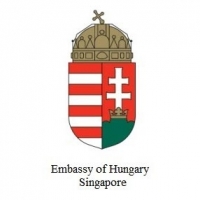 Embassy of Hungary in Singapore

Hungary is a country at the heart of Europe and it is certainly exciting in so many ways!

To understand Hungarian cuisine, we have to take a peek into the past. Today's Hungarian cuisine is a synthesis of ancient Asiatic components mixed with Germanic, Italian, and Slavic elements. The food of Hungary can be considered a melting pot of the continent, with its own original cuisine from the Magyar people.

The nomadic past of the Hungarians is apparent in the prominence of meat (mainly poultry, pork and beef) in Hungarian cuisine as well as the amount of dishes cooked over open fire – just think of goulash, pörkölt (stew) or the fisherman's soup.

Throughout the history great numbers of Saxons, Armenians, Italians, Jews and Serbs settled in the Hungarian basin and in Transylvania and brought with them their own recipes. Elements of ancient Turkish cuisine were adopted during the Ottoman era, in the form of sweets, the cake called bejgli, the eggplant, stuffed peppers and stuffed cabbage called töltött káposzta. Hungarian cuisine was influenced by Austrian cuisine under the Austro-Hungarian Empire as well.