Awards Of Excellence
Awards given out to recognise the efforts of front-end and back-end service personnel in the food and beverage industry. For more information on the awards, log on to wgsawards.com.

Culinary Masterclasses
Masterclasses conducted by the visiting chefs of the World Gourmet Summit. They will showcase two to three of their signature dishes followed by an opportunity to sample their cuisine.

Epicurean Delights
A week-long lunch and / or dinner promotion created by the visiting chefs and their respective hosting chefs in the restaurant establishments. Some hotels may extend the promotion for three months, which will end in June.

Hosting Chefs
Chefs in the local establishments that play host to the visiting masterchefs who are attached to them for the period of the Summit.

Hosting Establishments
Local hotels and restaurants that play host to the international masterchefs attached to them for the period of the Summit.

Iconic Chef
A three-Michelin-starred chef or an equivalent ranking.

Iconic Dinner
A dinner prepared by the Iconic Chef featuring their signature cuisine.

Masterchefs
International chefs who are highly decorated and well-known in the culinary field. They are put up at different hosting establishments where they will create a week-long promotion termed as the Epicurean Delights and conduct a masterclass of their signature dishes.

Michelin-Star
Ratings provided by the Michelin Guide that is to date the most credible and influential culinary ratings for restaurants around the world.

Michelin-Star Rating
Ratings provided by the Michelin Guide that is to date the most credible and influential culinary ratings for restaurants around the world.

Partner Chefs
Chefs in the local restaurants that are participating in the World Gourmet Series.

Partner Restaurants
Local restaurants establishments that can be independent or within a hotel that are participating in the World Gourmet Series.

Vintner Dinner
A wine dinner featuring wines from the winemakers paired with cuisines by selected masterchefs.

Wine Masterclass
Tasting of at about four decades of the wineries’ best vintages. The winemaker along with World Gourmet Summit's wine consultant will host the session. 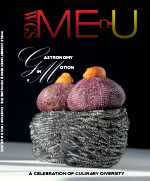 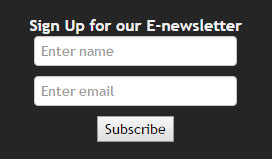